More than 100 years ago, Grace Raymond Hebard—UW faculty member, administrator, librarian, and Wyoming historian—began collecting the papers and reminiscences of Wyoming’s pioneers. Her research on the history of Wyoming, the West, emigrant trails, and Native Americans became the nucleus for what is known today as the American Heritage Center (AHC). Officially established in 1945, the Center now holds over 90,000 cubic feet of historic documents and artifacts in more than 3500 collections—placing the AHC among the largest non-governmental archives in the nation.

Phase 1 of reopening will begin on September 28 with use of the public reading room by approved appointment only, available between 12-4 pm. Limited to UW students, faculty and staff who have gone through UW's Fall Opening requirements. AHCref@uwyo.edu

The AHC is launching its COVID-19 Collection Project, gathering experiences from around Wyoming about the impact of the coronavirus on work, education, personal life, community, and beyond. For more information visit: uwyo.edu/ahc/covid-19-collecting.html

The AHC Reading Room and the Centennial Complex is currently closed to public access due to COVID-19. Online access to digital materials and patron requests are available as usual. Please email the Reference Desk at ahcref@uwyo.edu if you have questions. 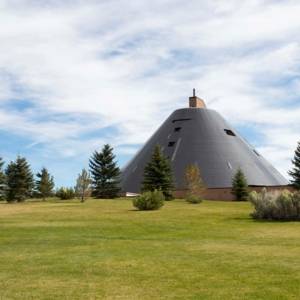